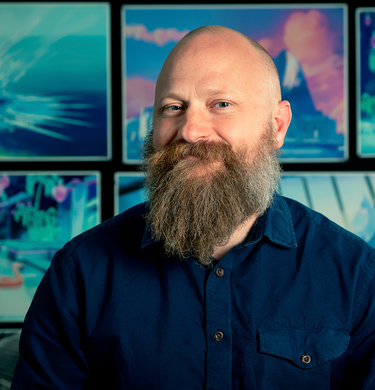 Van Orman is an animator, voice artist, writer, producer and director known for creating the animated series “The Marvelous Misadventures of Flapjack.” Van Orman studied character animation at the California Institute of the Arts, then went on to work as a writer and storyboard artist for “The Powerpuff Girls,” “Camp Lazlo,” and “The Grim Adventures of Billy & Mandy.” He is known for producing “Adventure Time,” “Sanjay and Craig,” “Home: Adventure’s with Tip and Oh,” and lending his voice to “Gravity Falls” and “Teenage Mutant Ninja Turtles.” He has been nominated for two Emmy® awards for his work on “Adventure Time” and “The Marvelous Misadventures of Flapjack.”